On average, over ten thousand fire incidents occur in Hong Kong every year, killing or injuring more than 600 people. Most of the fires are caused by carelessness or negligence. For example, the number of hill fires increases by 50% on weekends and public holidays, as more people visit the rural areas and the countryside.

Fire precautions should be taken all the year round, but the fire risk is particularly high in the dry conditions of autumn and winter.

Under the influence of dry continental air brought by the northeast monsoon, humidity level in Hong Kong is relatively low during the autumn and winter months. Things become dry both indoors and outdoors, leading to a higher chance of fire outbreaks. The situation is aggravated if there is a prolonged period of sunshine. Under such circumstances, fires can easily start and spread, causing extensive damage.

Relationship between the number of fire incidents and relative humidity

It is vitally important for the public to be extra vigilant during these periods of enhanced fire risks. Steps should be taken to minimize the risk of fire ignition that may lead to tragic losses of lives and costly damage to properties.

The Fire Danger Warning System aims at alerting the public to conditions in which fires may start and spread easily. The chance of fire outbreaks when fire danger warnings are issued is much higher than the average.

When the fire danger warnings are issued, warning messages are broadcast on radio, television and Internet to remind the public to take necessary fire precautions. Warning icons designed by the Observatory will be displayed on the TV screen. 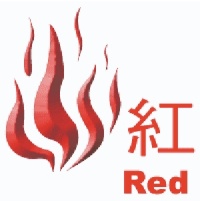 The Agriculture, Fisheries and Conservation Department will use "fire-clocks" mounted at the main entrances to country parks to display the warnings to visitors and hikers during the period of the country parks fire season. 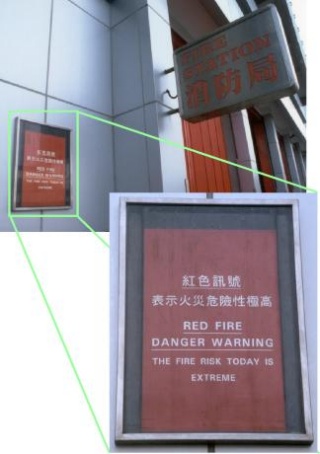 The Fire Services Department will also display the warnings on warning boards posted in front of fire stations to alert the general public.