Globally, 2020 is on track to be one of the three warmest years on record according to the World Meteorological Organization's preliminary assessment. Over the Arctic, the sea-ice extents for July and October 2020 were the lowest on record and the annual minimum in September was also the second lowest. In 2020, various extreme weather events continued to wreak havoc in different parts of the world, including heatwaves in the Australia, Caribbean region, Mexico, South America, western Europe, eastern Mediterranean, Japan, and Siberia; extreme cold events in North America and the southern part of South America; severe drought in the interior of South America, north-central Europe and parts of the southern Africa; extreme rainfall triggered severe flooding in large parts of Africa, South Asia, China, Korean Peninsula, Viet Nam and parts of western Japan; and severe damages and heavy casualties brought by tropical cyclones in the United States, Caribbean region, Central America, India, Bangladesh, Fiji, Vanuatu, the Philippines, Korean Peninsula, western Japan and Viet Nam. Exacerbating by widespread drought and high temperature weather, destructive wildfires ravaged California and Colorado of the United States, northern Siberia, eastern Australia, and western Brazil. 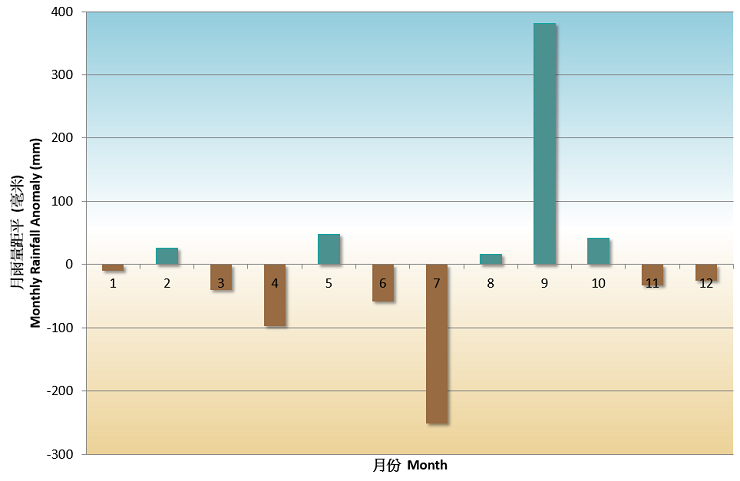 Fig.7 Annual rainfall distribution in Hong Kong in 2020 (in mm)


Detailed description of the weather for individual months is available on the Monthly Weather Summary webpage:
https://www.weather.gov.hk/en/wxinfo/pastwx/mws/mws.htm


Some significant weather events in Hong Kong in 2020 are highlighted below:

The first half of 2020 from January to June was exceptionally warm in Hong Kong. The mean maximum temperature of 25.7 degrees and mean temperature of 23.0 degrees were respectively 1.9 degrees and 1.6 degrees above their corresponding normals. Both were the highest on record for the same period.

The rainstorm on 6 June

Affected by a trough of low pressure lingering over the coastal areas of Guangdong, heavy showers and intense squally thunderstorms brought frequent lightning, heavy rain and severe squalls to Hong Kong on the morning of 6 June 2020. The incessant downpour necessitated the issuance of the Black Rainstorm Warning, the first time since May 2017. Most parts of the territory recorded over 100 millimetres of rainfall on that day and the rainfall in some areas even exceeded 200 millimetres. Moreover, more than 14,350 cloud-to-ground lightning strokes were detected in Hong Kong on that day, the second highest on record since the launch of the lightning location system in 2005. 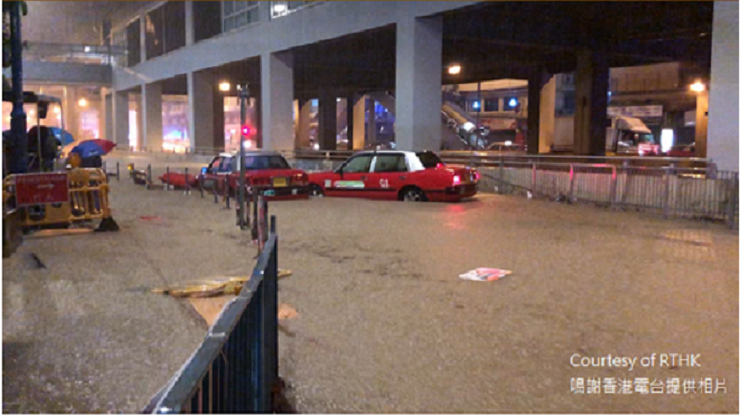 Fig. 8 Serious flooding in Kwun Tong Road on the morning of 6 June 2020

The strike of Typhoon Higos

Developed over the northeastern part of South China Sea, tropical cyclone Higos moved towards the Pearl River Estuary and rapidly intensified into a typhoon on the night of 18 August 2020 right before making landfall on the morning of 19 August 2020. Packing high winds and heavy rain, the strike of Higos necessitated the issuance of the Increasing Gale or Storm Signal No. 9 in Hong Kong on 19 August 2020. The eye wall of Higos, where sustained hurricane force winds were recorded, was very close to the southwestern part of Hong Kong on the early morning of 19 August 2020. Storm force and hurricane force winds were respectively recorded over offshore and on some of the high ground at that time. Heavy squally showers and thunderstorms associated with Higos also brought more than 150 millimetres of rainfall to most parts of Hong Kong on 18 and 19 August 2020. 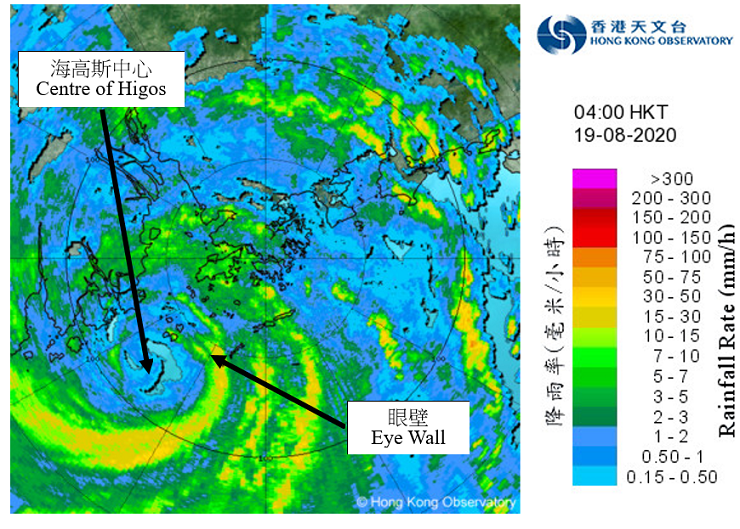 Fig. 9 Image of radar echoes at 4 a.m. on 19 August 2020. The eye wall of Higos was very close to the southwestern part of Hong Kong. The eye wall is the inner most ring of convection near the centre of a typhoon, containing most intense winds and heavy rain. Sustained hurricane force winds were recorded at the area covered by the eye wall at that time.

Intense cold surge at the end of December

With a cold front moving across the south China coast on 29 December, the associated intense cold surge brought significantly colder weather to Hong Kong on 30 December. The weather became cold, windy and very dry on 31 December with the temperature at the Observatory falling to 8.1 degrees in the morning, the lowest of the year. The temperature at Tai Mo Shan even dropped to -1.2 degrees on that morning.

Table 2a Summary of meteorological observations in Hong Kong, 2020 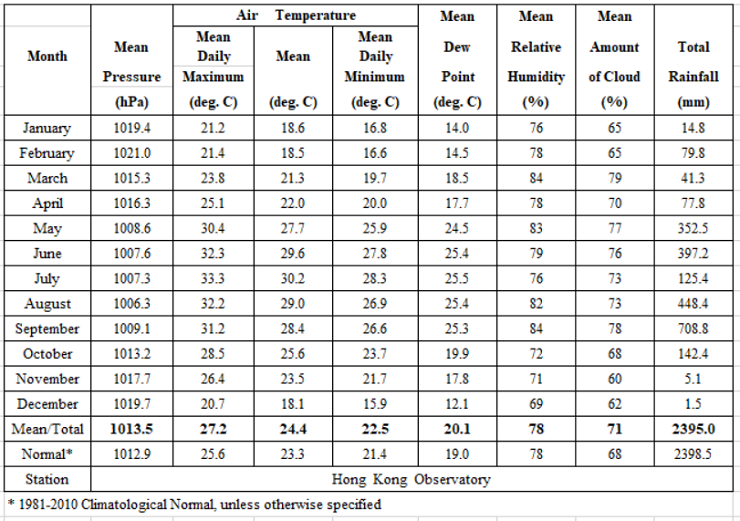 Table 2b Summary of meteorological observations in Hong Kong, 2020 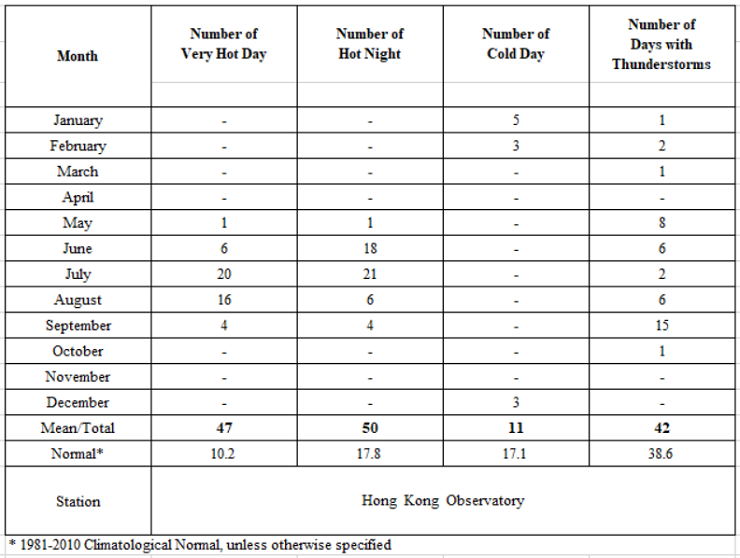